Some Effects of Evaporation in Binary Mixtures 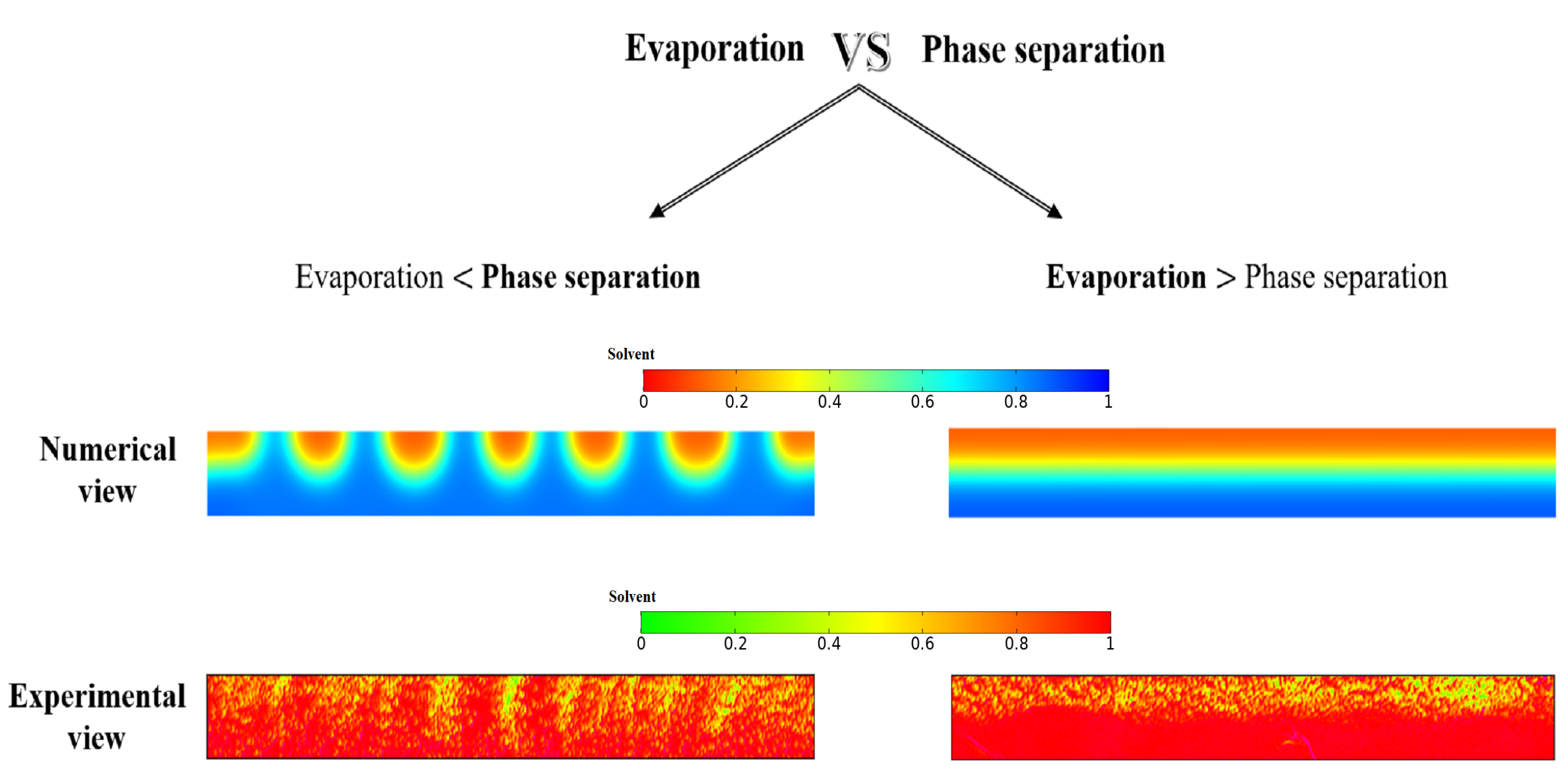 Mr Ramin Rabani will publicly defend his thesis entitled "Some Effects of Evaporation in Binary Mixtures".

Evaporation of thin films of polymer solutions or of a partially miscible binary mixtures have many industrial applications related for instance to painting, coating, inkjet printing, or the fabrication of photovoltaic devices. Thus, a detailed understanding of the physical mechanisms that drive and influence structure formation in such films is of high scientific and industrial value.

This thesis explores different physical phenomena involved in such systems, and aims at producing novel insights into the dynamics of thin evaporating film of binary mixtures. Four different questions are analyzed, that correspond to four published, or to be published papers. The first two are concerned with polymer solutions, while partially miscible mixtures are analyzed in the other two.

First, we examine the formation of a skin layer at the free surface of a thin evaporating film of a polymer solution. A composition-dependent diffusion coefficient is considered in the liquid phase, which allows describing the gelation and skin formation at the liquid-gas interface. In addition, a realistic model of the evaporation flux, which is based on thermodynamic principles, is proposed. As interesting result, a possible immediate gelation, which is related to a very high evaporation flux, is predicted by our approach. This immediate gelation thus prevents all Marangoni convection in the system.

In the second subject, Rayleigh-Bénard-Marangoni instabilities in a thin evaporating film of a polymer solution are analyzed and the importance of concentration dependent diffusion coefficient, viscosity, and relaxation time is examined using the framework of linear stability theory. The analysis is non-trivial because evaporative mass loss naturally leads to a time-dependent reference solution. As a key result of the linear stability analysis, we emphasize the presence of two distinct modes of instability in the system. The first one is monotonic, and corresponds to stationary convective cells. The conditions for its appearance are shown to be in good agreement with previous experimental work. The second mode of instability is oscillatory and is related to the viscoelastic properties of polymer solutions. Regions in the parameter space are identified, where an oscillatory instability should occur. This provides interesting indications on the conditions under which this phenomenon could be observed in future experiments.

The third question considered in the thesis consists in exploring the possibility of phase separation in a sessile drop of a partially miscible binary mixture. First, experimental results obtained in the context of a collaboration with ULB (Brussels) are presented. Then a 1-D diffusive model is built to describe the beginning of evaporation in such systems. This model considers the physics of the gas layer above the mixture and its interactions with the liquid. An important result consists in the numerical determination of some conditions that are required for phase separation to occur during the evaporation of the liquid phase.

In the last studied problem, we focus on the dynamics of phase separation and evaporation phenomena in a thin evaporating film of a partially miscible binary mixture. A 2-D diffusive and non-isothermal phase-field model is introduced and numerically solved to describe the dynamics of the system and to assess the competition between evaporation and phase separation. Depending on the leading mechanism, different types of morphology can appear in the separating mixture, which are analyzed in detail. We also examine the mid- and long-term evolution of the system. At last, we describe an experimental setup and the associated results obtained in our collaboration with ULB, that nicely confirm our theoretical and numerical predictions about the morphologies that can be created by evaporation and phase separation.