Aerospace & Mechanical engineering is both a teaching department and a research unit of the School of Engineering at the University of Liège.

The A&M department is strongly involved in the teaching activities of the School of Engineering, at the undergraduate, graduate and doctoral levels, to train the engineers of tomorrow. The close connection between teaching and research activities ensures that novel technological developments and scientific progress are rapidly integrated into the curriculum of the different teaching programs.

The A&M research unit aims at developing advanced technologies and engineering solutions based on the scientific core disciplines of dynamics, continuum mechanics, material sciences, thermodynamics and applied mathematics with a particular focus on applications in the fields of aerospace engineering, materials and processes, energy conversion, mechanical systems, biomechanics and numerical methods.

Building on the heritage of the former LTAS (Laboratoire de Techniques AéroSpatiales), A&M has achieved international recognition for the development of advanced numerical simulations; numerical modeling forms the backbone of many research studies. Nonetheless, the methodological approach relies also heavily on the fruitful confrontation of the numerical and experimental approaches for the study of physical processes and phenomena. To this end, the research unit can leverage key experimental infrastructure, equipment and a long expertise.

A&M is committed to the development of multilateral scientific collaborations with other academic partners, research institutes and private companies/industries, at both the regional and international scales, to contribute to the advancement of knowledge and to support high level education/training programs. A&M has thus a large number of key industrial partners.

A&M staff amounts to more than 120 people, including 24 academics (20 full-time), 4 permanent researchers, more than 80 researchers (including PhD candidates), and 15 people in the administrative and technical staff. The research unit is composed of 20 core research groups.

The Aerospace and Mechanical Engineering Department and Research Unit inherits a long tradition of high standard research from talented professors and researchers who have been active in the Institute of Mechanics of University of Liege. 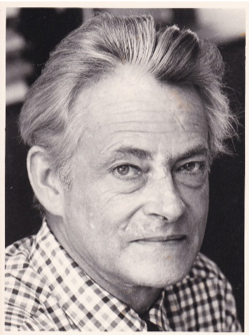 The research in computational mechanics and numerical simulation in Aerospace can be traced back to the LTAS, Laboratoire de Techniques Aéronautiques et Spatiales, founded in 1961 by late Professor Fraeijs de Veubeke as a distinct entity in the Institute of Mechanics. Prof. Fraeijs de Veubeke was a pioneer of the finite element method. The research on the finite element method at LTAS started in 1965. The laboratory devoted most of its research efforts to the development of numerical methods and application software in aerospace engineering and, more generally, in applied mechanics. This led in 1970 to the development of an integrated finite element package SAMCEF (an acronym for "Système d'Analyse des Milieux Continus par Eléments Finis") which has evolved in a very continuous manner since that period. Later LTAS developed a second generation FE code, OOFELIE, leveraging research in multiphysics simulation and new software architecture based on object-oriented programing.

Driven by extensive collaborations with the European aerospace industry, the LTAS further extended its expertise, together with the capabilities of SAMCEF and OOFELIE, to a wide variety of topics like non-linear static and dynamic analysis, structural optimization, fluid-structure interaction, MEMS, etc. With the creation of Samtech S.A. in 1985 and later with Open Engineering S.A. in 2001, the LTAS has been relieved from most of the constraints generated by the industrial use of respectively SAMCEF and OOFELIE.

The research in computational mechanics and numerical simulation is still a very active topic in A&M and it is organized around several research groups sharing the common objective of developing numerical simulation methods and software tools in the field of aerospace and mechanical engineering.

Besides computational mechanics, experimental research in mechanics, energy and propulsion systems stems from several laboratories that have developed cutting edge facilities in different engineering fields. An aerospace wind tunnel had already been present in the Institute of Mechanics since the 1930's. It was later replaced by a modern subsonic equipment in the beginning of 2000 when the department was relocated from the Val Benoit Campus to the modern Sart-Tilman campus. The Laboratory of Metallic Materials has been maintained as a separate research entity while the University was strongly involved in the development of CRM Centre de Recherche Metalurgique to promote activities related to technology transfer to the industry. Finally, the Thermodynamics Lab (Laboratoire de Thermodynamique Appliquée), which is one of the biggest experimental facility of A&M, was actively developed by Prof. Jean Lebrun in the 1990's in the Institute of Mechanics to support the expanding research in thermal machinery and building physics. The Thermodynamics Lab is presently hosting several experimental research groups active around energy conversion,  thermal systems, combustion and internal combustion engines, aerospace propulsion, and powertrains of hybrid and electric vehicles.

A&M is actively involved in fundamental and industrial research tackling both experimental work and numerical simulations through European and Regional funded projects, very often in close collaboration with industrial partners such as software editors or industrial end-users.